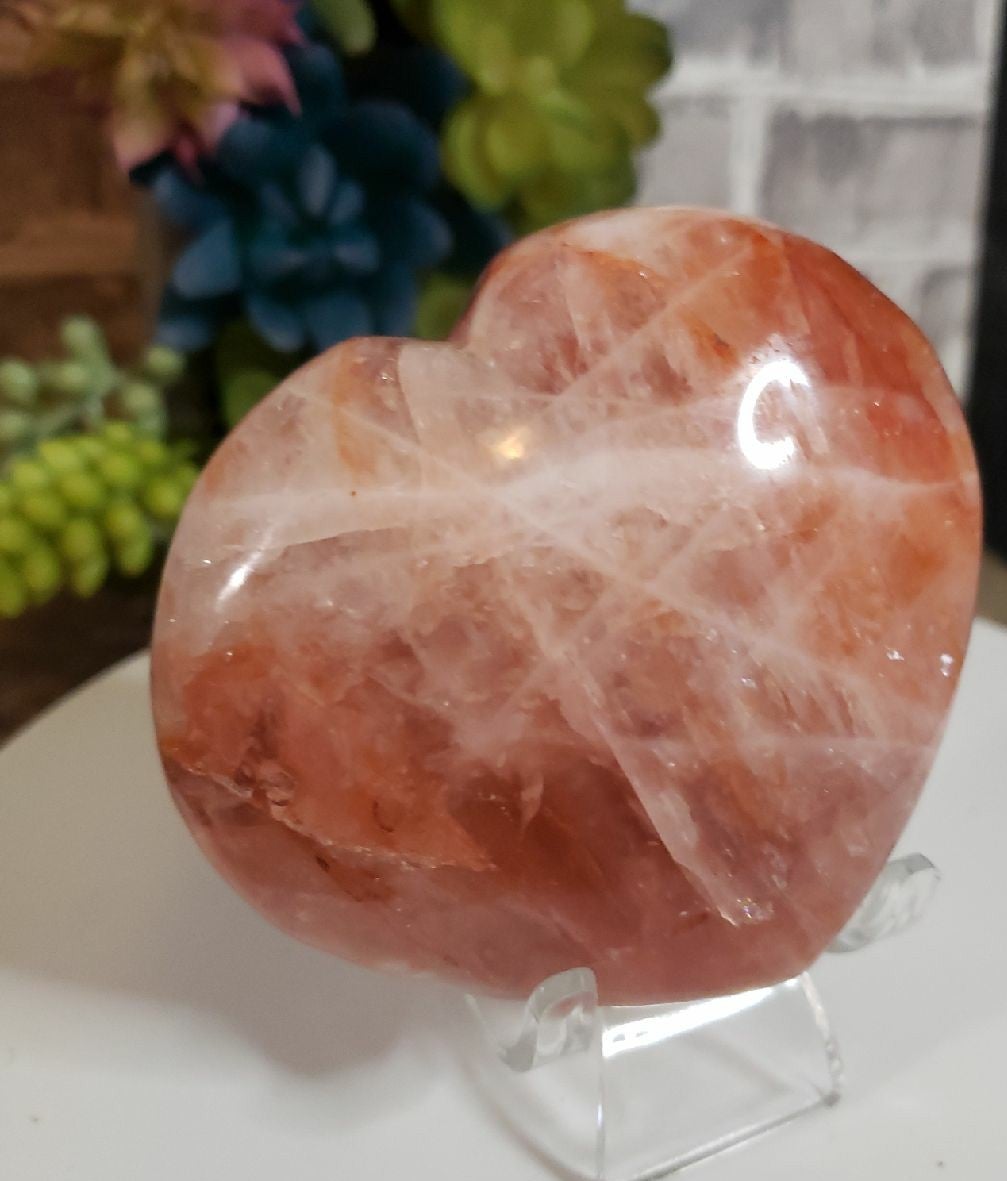 Will bundle upon request. Approximate Dimensions: 3.18"*2.93"*1.44" rainbows, stand not included Hematoid Quartz is the name given to Quartz crystals included with Hematite. Hematoid Quartz combines the amplifying properties of Quartz with the balancing and stabilizing properties of Hematite. It can assist not only in removing negativity but also transforming and transmuting the negative energy into pure love and light! Hematoid Quartz is a powerful healer than balances our mind, body, and spirit. It grants us a unique opportunity to understand where our emotions are coming from by helping us understand if we are having a conscious reaction or if the emotion is a subconscious response. it is said to aid in spiritual communication and help people on a multi-dimensional level. Hematoid Quartz enables people to see the light that has always shined brightly from within erasing doubt and anxiety in the process. Hematoid Quartz also promotes focus and concentration