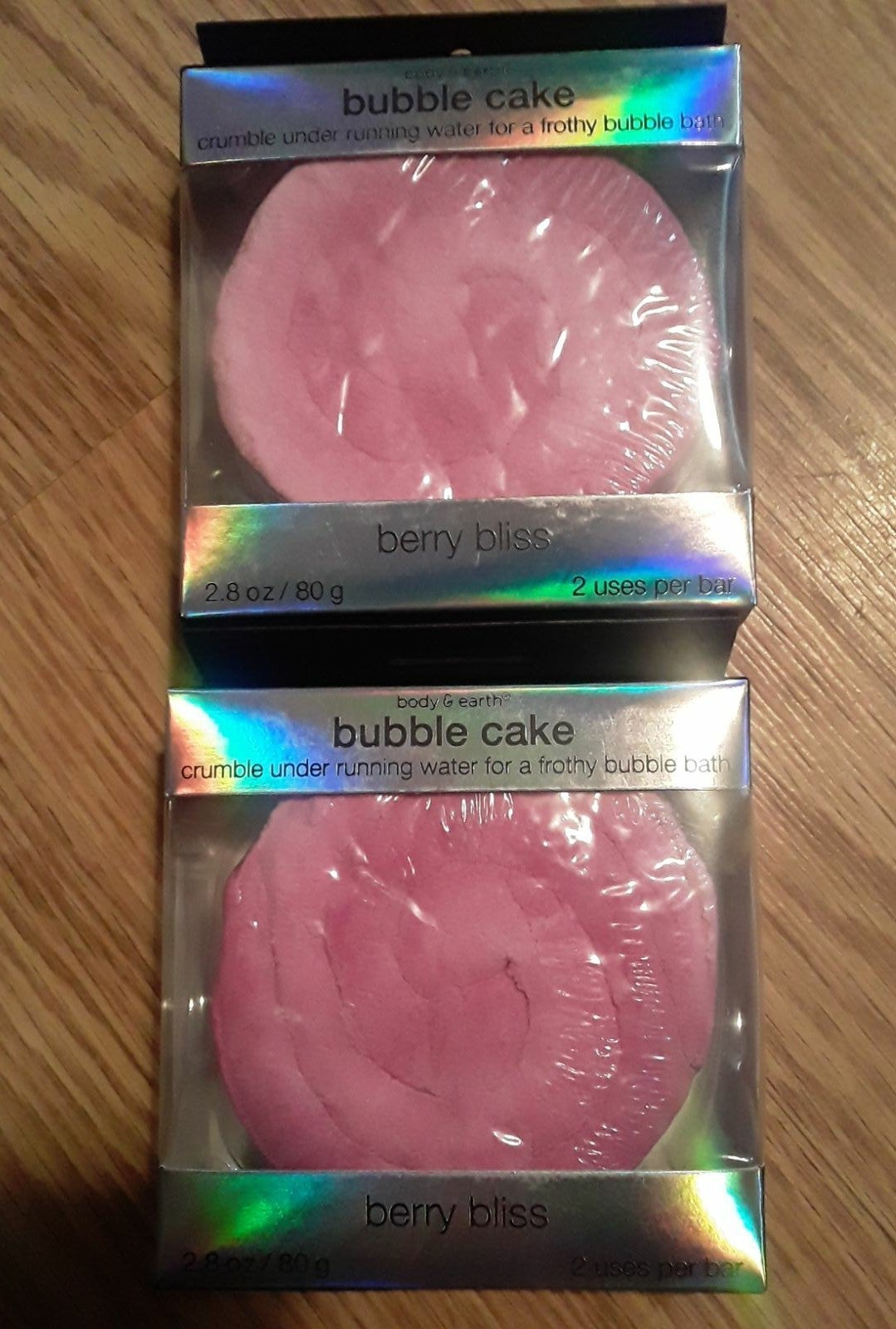 BODY EARTH BUBBLE CAKE 2 USES PER BAR. YOU CRUMBLE SOME OF IT RUNNING UNDER THE FAUCET WHY THE WATER IS RUNNING AND IT WILL CREATE A BUBBLE, FUN, EXCITED, RELAXED BATH. FLAVOR IS BERRY BLISS