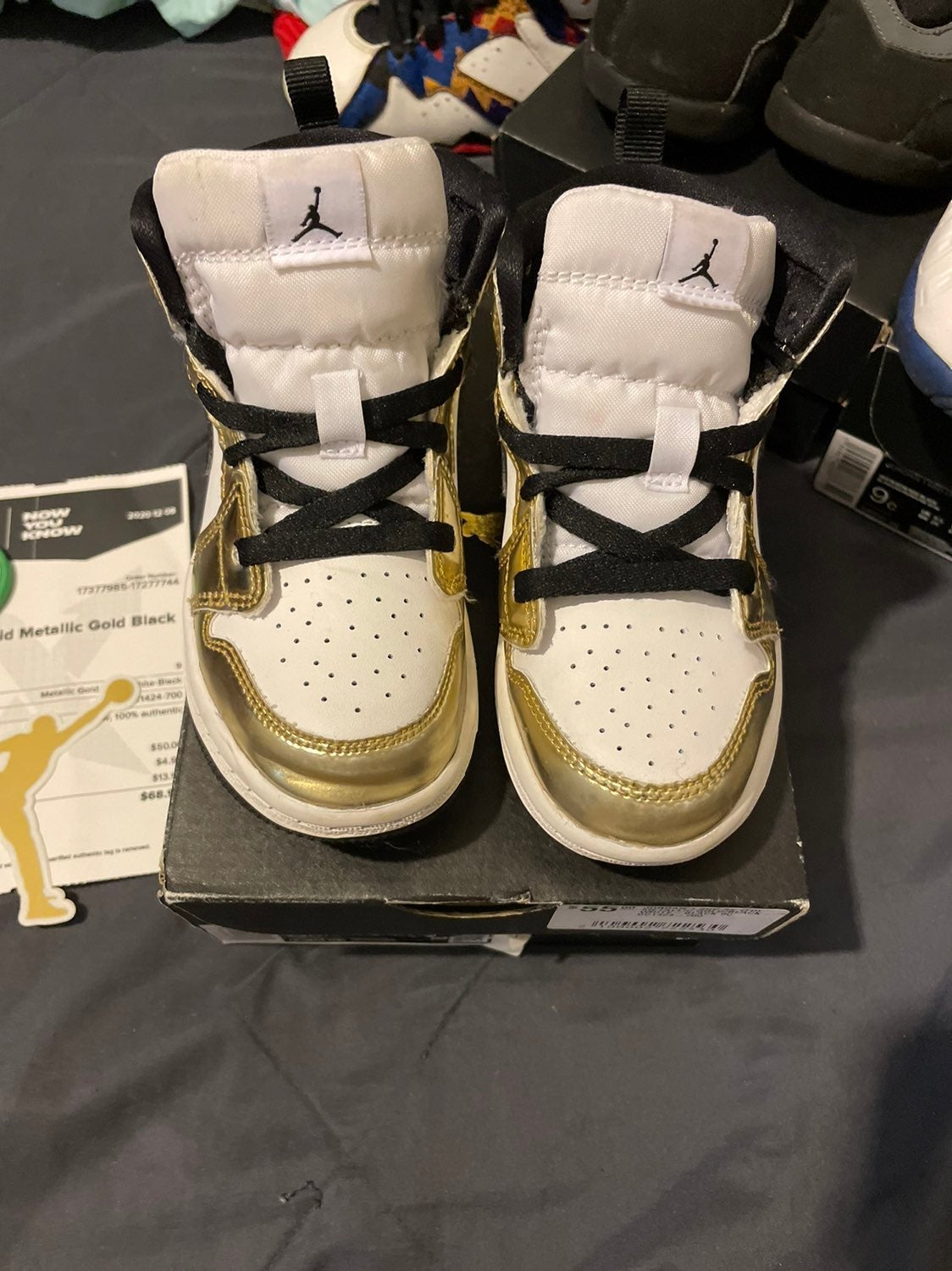 GUC Jordan 1 Metallic Gold’ Size 9c Toddler Box included- StockX verified(will not come with receipt since I keep for my records!). condition 8/10- my daughter only wore twice but creased the right shoe noticeably at the toes as well as scuffs up close. The Air Jordan 1 Mid SE 'Metallic Gold' is an elevated take on the basketball classic. The shoe's upper is built with leather, finished in white and black and highlighted by metallic gold overlays. Perforations on the toe box provide breathability, while underfoot, the midsole houses Air in the heel for cushioning. A black concentric rubber outsole is included for traction.